By
Shoshi Parks and Chloé Hennen

The holiday season has officially arrived, bringing with it the prospect of reuniting with our families and friends for celebrations that feel long overdue.

While it's too soon to call Covid over, we are leaving it behind us enough to plan real-life Thanksgiving and Christmas festivities with the people we love—and even at this early date, our calendars are filling up.

Whether you're cooking a big feast at home or bringing a dish to a Friendsgiving potluck, we've got holiday recipes—from soup to shortbread—from five notable California chefs that promise your memories this season will be delicious. Cheers to the holidays, together again. 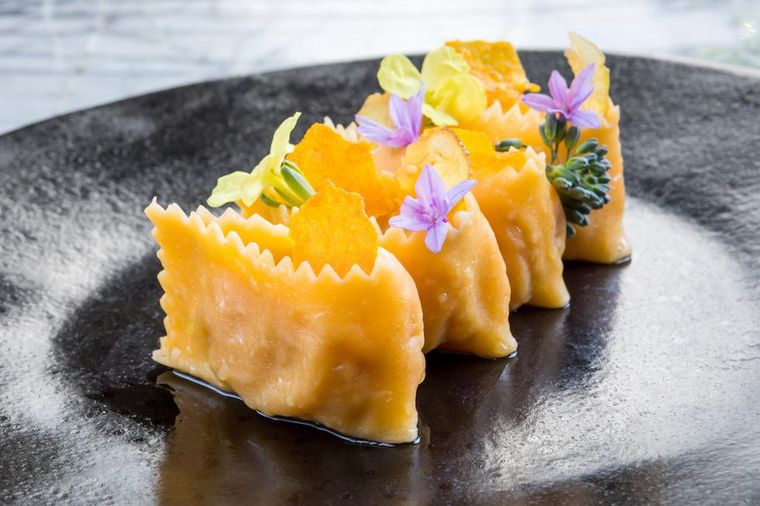 Michelin-starred chef Alex Hong, of San Francisco's Sorrel, hails from an adventurous, athletic family in Boulder, Colorado. It's there he'll be returning for Christmas this year. And while he's usually the "meat guy" at Thanksgivings spent with friends in SF, at home in Boulder, he gets to indulge in dishes he joyfully takes no responsibility for.

"My aunt makes a really amazing wild rice and oyster stuffing, which is my favorite," Hong explains. "My dad makes this honey baked ham that's lacquered with brown sugar and maple syrup. It's basically like candy."

And although Sorrel will also be taking the holidays off, the restaurant's autumn tasting menu offers up a perfect dish for your holiday table: Hong's chestnut raviolo filled with fresh, peeled chestnuts, pancetta, and quince.

San Diego celeb chef Brian Malarkey is well known for his Top Chef appearances and his 15 successful restaurants in Southern California. Most recently, he's launched a cooking oil line, a portion of the proceeds from which are donated to Golden Rule Charity, a nonprofit supporting workers in the hospitality industry. Chefs Life sells just three varieties of cooking oil: a blend of EVOO, avocado and grapeseed oil for dressings and aiolis; a blend of avocado, olive, sunflower, and grapeseed oil for sautéing, frying, baking and roasting; and plain EVOO for finishing, drizzling, and dipping.

That last style is just right for finishing Malarkey's butternut squash soup, a seasonal classic he makes with coconut milk and garam masala. "You have to figure out how to get some umami flavor in there," he explains. "Garam masala has so many flavors it takes it to the next level."

Make enough of it and this dish can go from soup to sauce to vinaigrette with minimal effort. 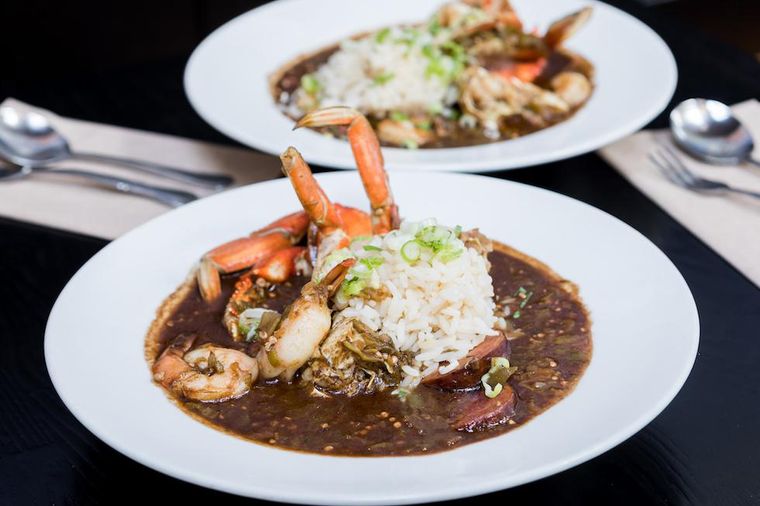 Chef Brenda Buenviaje, of the eponymous French Soul Food restaurants in SF and Oakland, cherished the local food culture of her childhood in New Orleans. "My parents, we always had a boat and we were often out catching our own crabs, shrimp, fish. Growing up, there was always a pot of gumbo at every gathering, especially during the holidays," she says.

When the stew is ready, it can be eaten with different sides including rice and hushpuppies—Buenviaje knew one Creole family who ate theirs with potato salad at Christmas—but the chef likes to serve hers simply, with some crusty french bread and a chilled pilsner or kolsch. 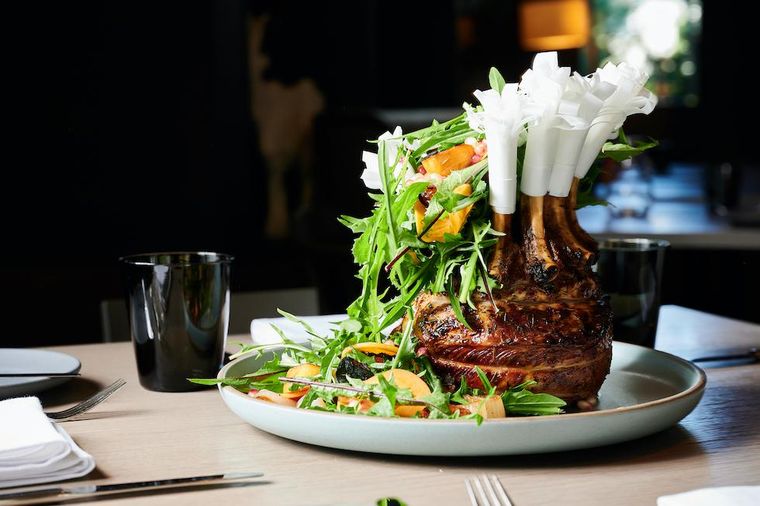 Acacia House chef Chris Cosentino doesn't yet know what will appear on his own table, but he does know who will be seated around it: his wife of 21 years, Tatiana, his son Easton, and a close friend of the family. "It's really about spending time in the kitchen and with my family," he says. "It's not always a big thing, but it's always about enjoying our time together."

One possibility is crown roast pork, a masterful centerpiece for a holiday table. "When you think about pork and the holidays it's usually ham, but I'm half-English and it's a very English thing," he explains. He even teaches us how to make the tiny homemade chef's hats that he uses to top each bone. 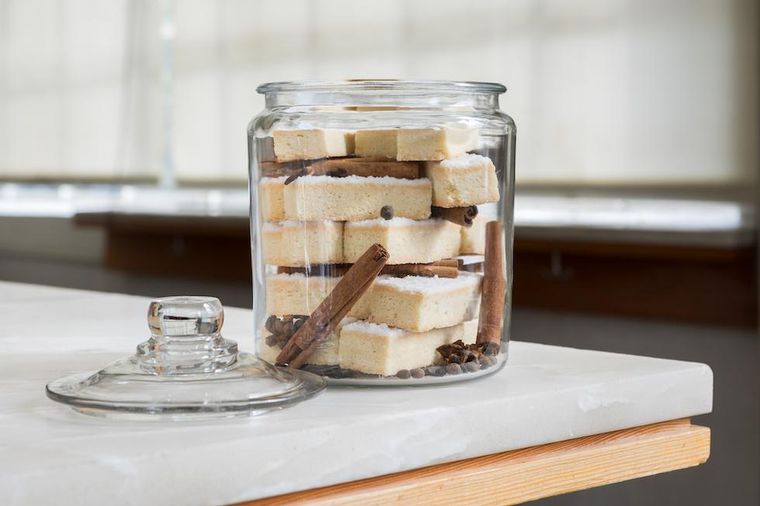 Not typically found on any of Tartine's menus (but found in the cookbook Tartine: A Classic Revisited) is pastry chef Liz Prueitt's shortbread, a holiday-ready butter cookie presented in a pretty tin. Between and on top of the confections, the chef sprinkles a variety of warm spices including whole cloves, star anise pods, cinnamon sticks, and allspice. "So what happens is the cookies just take on this wonderful flavor, it really infuses them beautifully," she explains. "The subtlety depends on how long you leave the whole spices in the tin."

When the cookies have reached their peak spiciness, the cinnamon, allspice, cloves and anise can go on to do double-duty in a hot spiced cider or mulled wine, suggests Prueitt. "The presentation is so pretty," she says. "I like that it's both beautiful and has a delicious scent and flavor on the table and in the glass."

Patient, supportive and action-oriented, we strive to navigate the business side of the purchase or sale of a home with an unmatched level of perseverance, care, and a creative marketing approach.
Contact Us
Follow Us